With the war in Ukraine still ongoing, much has been said and written of the Russians. Winston Churchill once remarked that: “Russia is a riddle wrapped in a mystery inside an enigma.” And quite frankly, they still are. Their history is littered with tsarist rule throughout centuries, naturally raising the question if there is something endemic in the Russian mentality, which leads them down the road to authoritarianism and seclusion from the West.

But at a closer inspection, you find that a fight between Western ideals and Slavic thought has been present since at least the 1840s. To try to understand this conundrum, the works of the Russian 19th century realist Ivan Turgenev, who in the huge societal upheaval of his time managed to produce great literature, gives insight not only to the complexities of life, but also to the elusive Russian soul and the constant battle of ideas.

Often you hear from people with an interest in politics that literature is for leisure, an innocent consumption. Political discussion must be predicated on facts and theory, but as the literary critic Vissarion Belinsky expressed in a letter to Turgenev from 1847, this is a false dichotomy, especially in regard to Russia: “You do not, I see, quite understand the Russian public. Its character is determined by the condition of Russian society, which contains, imprisoned within it, fresh forces seething and bursting to break out; but crushed by heavy repression and unable to escape, they produce gloom, bitter depression, apathy. Only in literature, in spite of our Tartar censorship, there is still some life and forward movement”

The period in which this letter is written bears remarkable resemblance to today. The ruler at the time, emperor Nikolai I, a fervent reactionary, sought to preserve Russian nationalism with its emphasis on rural peasant life and the orthodox church as the predominant cultural institution. He saw Western ideas emerging from Europe as decadent, godless and antithetic to collective unity. Not unlike Putin who recently in a bizarre speech raged against the delinquency of the West, repudiating the culture war, and invoking the “cancellation” of JK Rowling as evidence of the wickedness liberalism has impinged on Western societies.

Turgenev, alongside other young men, being educated in Paris and Berlin, saw the economic and social progress in Europe develop at a rapid pace, and wanted to reform an increasingly backward-looking Russia by Western methods. But the Slavophiles in charge successfully suppressed the Westerners, leaving them unable to find a vessel to realize their talents and ambitions. Isaiah Berlin described the period as: “a society distorted by arbitrary bullying from above and nauseating conformity and obsequiousness from below, in which men with any degree of independence or originality or character found scarcely any outlet for normal development”.

The struggle is portrayed by Turgenev in his first novel Rudin. The title character Rudin is a westernized intellectual who, by unusual fluency, breath of knowledge and smoothness, spellbinds his countryside hosts. But as the story develops, we find that he is incapable of action, an idealist without convictions, his head on fire, his heart cold. Rudin is a product of his time, and reading the book today, you can’t help but feel a certain sadness for the millions of young Russians, who are entrapped by a corrupt system, robbed of the opportunity to engage in the political process, and split between loyalty to country and disdain for the kleptocrats in charge. It is a waste of potential.

The Stalin-esque censorship witnessed today deprives the Russians of using art as a means to spur political change. But it also makes it impossible for us looking in from the outside to grasp the current state of the Russian people.

There is no reason for me to even try to explain the depths of the Russian soul. Firstly, because people before have tried and mostly failed. Secondly, because Turgenev provides an excellent clue.  I know of few other authors who possessed the ability to objectively express the variety of human experience and political outlooks with flowing, elegant prose as he did. In Rudin, you sense the disillusionment of the 40s, in A Sportsman's Sketches you get an unparalleled description of the Russian landscape and the simplicity of muzhik life, and in his most famous work Fathers and Sons your sympathy shifts constantly between the characters and their views.

In Fathers and Sons, the protagonist Berzarov’s nihilism offends you, but his piercing critique of the moderate liberals and the foils of modern society strikes a nerve, making it difficult to fully disregard him. The aristocratic sensibilities of the characters Pavel and Nikoláy are admirable, but they are equally flawed in their bitter resignation to the forces lying ahead. Turgenev’s approach of being subtly political and philosophical without ever being psychoanalytical confuses you, but ultimately you can’t help being entranced by the Russian people he describes.

Turgenev may not have had the moral fortitude or radicalism of his contemporaries Tolstoy and Dostoevsky. But in contrast to the two titans; he doesn’t explain, he doesn’t judge, he doesn’t preach. He simply leaves you to reach your own conclusion. Not only does this make his books riveting to read, but also great for assessing the diversity of Russian thought. While the answer as to why Russians succumb to autocrats is undefinable, their history will keep on being fascinating for a long while to come.

Alas, Turgenev would have found the events seen today horrifying, I suspect that he wouldn’t be wholly surprised. 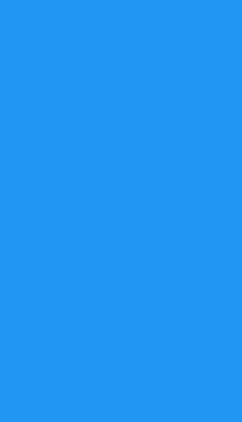 Peter Kimathi Taankvist
Twitter Facebook RSS
Copenhagen, Denmark
More posts by Peter Kimathi Taankvist.
The end of The Everything Bubble
The stimulating effects of quantitative easing and sustained low interest rates created two shaky pillars under the economy, synthetically pumping securities and distorting the risk associated. Effectively creating the everything bubble, where prices are driven by easy money instead of fundamentals.
God's bankers: The realpolitik of the Vatican state
The sale of indulgences generated so much money in the 15th and 16th centuries that it alone financed the opulent Sistine Chapel and St. Peter's Basilica in Rome. However, the path to riches has been bumpy, and the church has repeatedly been on the verge of bankruptcy.