The major issue with counterfeit medicines is the lack of control in the production and the associated problems relating to the ingredients and components. To keep production costs down, virtually any cheap substance is used to make counterfeit medicines, including yellow colour from road stripes, cement, plastic powder, crushed bricks, spray paint and floor varnish. It all adds up to an incredibly dangerous cocktail that can, and has, caused disease and death.

The cash flows generated from counterfeit drugs are enormous, as counterfeit drugs can be priced after the original medicines. The authorities have dubbed the phenomenon «The golden equation for fake drugs», which consists of huge profits, low penalties and low risk of detection, resulting in a huge criminal potential.

Numerous examples of this type of fraud have been reported over the years, and below are some better-known examples:

Altogether, there are a myriad of tragic consequences of counterfeit medicines, and sadly there are many more, many of which are yet to be discovered.

The mixed counterfeit drugs are in particular evident in Asian countries, where empty medicine packages are thrown on the street in front of the main exits of the hospitals. In general, the distribution of counterfeit drugs is very different worldwide. There are indications that counterfeit drugs likely account for below 1 percent of the pharmaceutical supply chain in Europe and North America, while it may be above 20-30 percent in Asia, Africa and South America. The vast regional difference in counterfeit drugs comes down to the security of the supply chains and ultimately creating unbreakable supply chains, where there is no opportunity to enter the chain and "place" counterfeit products.

In countries with a low distribution of counterfeit drugs, there is often a great deal of attention paid to systems that ensure traceability. To ensure the origin of production and quality of the medicines, analysis can be made on an ongoing basis. This can be done with NIR (a physical analysis method), Raman scan (a physical method) and appearance and colour analysis, to verify the product's authenticity.

The international trade in counterfeit drugs now amounts to approx. 30 billion according to a recently published report from the OECD and EUIPO, which also indicates that the range of falsified medicines are wide. Although Denmark has strong and secure supply chains, there can be complications with counterfeit drugs through the ordinary online store. Antibiotics, headache pills, diabetes medications and potency pills, the network is flooded with counterfeit drugs. It is especially when customers shop in illegal online stores that counterfeit medicines are spread. The sale of counterfeit drugs is highly lucrative for criminal groups and can, according to reports, be more profitable in certain areas than the trade in hard drugs. At the same time, the risk of being prosecuted is small because it is often difficult to trace the goods back through complex supply chains.

It is clear that counterfeit drugs are on the rise and that the severity of the issue is unevenly distributed among different regions worldwide. And therefore I will end the article with an apt quote from the author; William Gibson, 1993: "The future is already here, it's just not very evenly distributed"... 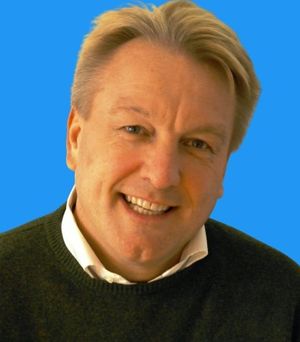 Kenneth B Lokind
Pharmaceutical expert, Educated Ph.D.(pharm) and HD(O). After 30 years at Novo Nordisk, now owner and full-time employee of the pharmacy group. Part-time potter and Connoisseur.
RSS
Copenhagen, Denmark
More posts by Kenneth B Lokind.
Vertical farming: Striking a green home run is never too late
All over the planet a picture is emerging of our rapid and relentless human activity, through our destructive power we have put ourselves first, and now the consequences are beginning to appear all over our blue planet. We are headed for potential disaster with all life as we know it.
Silvio Berlusconi: The Italian Sinner
Berlusconi is not a well-read man, but he instinctively understands what is required to win a fight. A true conquistador and an inpatient optimist. A fascinating and complex character whose immense talents have constantly been underestimated by the people around him.