Liz Truss became UK prime minister in September 2022 and immediately initiated her time in office with an accompanying mini budget more extensive than a lot of full budgets. She promised massive tax cuts for the wealthy and price ceilings for the skyrocketing electricity bills. All of this, paid for by a vast expansion in borrowing and apparently paid back by an unlikely economic boom. The timing could not have been worse. With inflation soaring and a possible recession looming, market sentiment turned against Mrs. Truss, with bond markets plummeting and the pound sterling tanking to its lowest point against the US dollar in history.

The mini budget released by Liz Truss made the pound sterling depreciate by a staggering 16%. For reference, after the Brexit referendum in 2016 the British pound only depreciated by 11%. Liz Truss’s vision for a “low tax and high growth economy” started falling apart, ultimately forcing her to resign from 10 Downing Street after a mere 45 days in office.

This cautious tale highlights the fatal consequences of economic policy if mishandled, and more importantly raises the fundamental question of modern economic theory. That is, the ideological debate concerning state intervention vs. free market capitalism, and depending on which economist you ask, you get a different answer. Although, debate over the positive or negative consequences of government intervention remains. One thing is for sure, government policy does affect the economy – but do governments really control the economy?

To understand the government’s influence on the economy, we must explore the available tools of state intervention.

In 1936 John Maynard Keynes published his world renowned book: The General Theory of Employment, Interest and Money, revolutionizing economic thought and placing macroeconomics at the epicentre of economic theory. The dominant economic discourse post WWII influencing policymakers was that fiscal and monetary policy could moderate the downside of economic cycles. This allowed for increased government spending, monetary intervention, budgetary deficits and counter-cyclical policies.

On the one hand, fiscal policy consists of moderating economic activity by adjusting taxes or adjusting government spending. On the other hand, monetary policy revolves around moderating interest rates and money supply to influence economic activity. The main objective of fiscal policy is to maintain economic stability, while the main objective of monetary policy is to maintain price stability (keeping inflation at 2%). The objectives are met through expansionary policies, that seek to encourage economic growth, or contractionary policies, that seek to combat rising inflation in an overheating economy.

In order to answer the question of the government control on the economy, we will have to define what is meant by control. Let’s stick to the previous case of the United Kingdom. In the UK, being an economic policymaker is in many ways like sailing a boat. That is, the government is able to tack or trim with greater or lesser skill, but ultimately it cannot change the direction of the wind. Sometimes, as seen with Liz Truss, governments not only mess up the setting of their sails, but make unnecessary holes in the boat.

While you are able to influence the direction of the boat by tacking or trimming the sail, in economics you are able to influence the economy by modifying monetary and fiscal policy. Despite the significance of economic issues in politics, there has been a trend in ceding economic control to the hands of independent bureaucratic institutions. This happened in the UK in 1998 when The Bank of England became independent of the government, and the year after in the EU when the European Central Bank (ECB) was created. Today, the ECB effectively governs the monetary policy of 300 million Europeans independently. In practical terms, this meant that the government lost control over interest rates and the money supply, which many economists consider to be the primary levers for controlling short-term economic fluctuations.

The entrustment of monetary policy to independent central banks happened in the face of politicians manipulating monetary and fiscal policy to their own short-term interests, i.e. in re-elections. The undemocratic separation of monetary policy highlights one key difference between politics and economics – the speed at which the two occur. Politics is characterized by speed and agility. The short political terms in most western countries do not allow for economic policies to take effect. The ramification of economic policies only often show in the economic data a decade after implementation, leaving politicians stuck with the economic prosperity or mess from previous government’s policies.

A study from 2016 analyzing the impact of the financial crisis on elections in 30 European countries indicated whether the government is politically left or right does not matter. If you are in the hot seat during an economic crisis, it will burn, indicating the boundaries to which government policy can increase voter confidence and control the economy.

The separation of monetary and fiscal policy results in two different, competing agendas. The central banks are aiming for price stability (low inflation) with the help of monetary policy, while the politicians usually aim for high economic growth to satisfy voters. These two divergent goals are not necessarily in opposition, but can be, as demonstrated today with rising inflation and high recession risk. The Federal Reserve (FED) has stated it will continue to raise interest rates even though the economy spirals into recession, as it prioritizes getting inflation under control. All the while politicians, are trying to “restart” economic growth, as recession means political suicide.

The effect of exchange rates on debt

Post WWII, the US exercised its political power to increase the influence of the US dollar, securing its position as the world’s reserve currency. This led to most foreign and domestic debt being issued in US dollars, and as the FED are currently hiking interest rates, the cost for foreign countries to service their debt has increased dramatically. This unintentional policy effect may cause a sovereign debt crisis for poorer nations, as governments loaned money during Covid-19 to increase spending with the future outlook of low interest payments. A United Nations report found that the US interest rate increases could cut $360 billion in future income for developing countries in 2022 alone, ultimately placing politicians in these countries in a severe economic crisis with limited tools to fight it.

Although monetary policy is beyond the control of most governments, they still have a solid grip on the fiscal policy – taxation and public spending. The use of fiscal policy is not without limits, as central banks will raise interest rates to offset the effects of the fiscal policies if it anticipates that it will lead to rising inflation. Furthermore, member states of the EU signed the Maastricht Treaty in 1992 as a process of the adaptation of the Euro, limiting government deficits to 3% of GDP and public debt levels to 60% of GDP. This further limits the size and extent of government fiscal policy, limiting the effect of government intervention in the economy.

Do governments truly have influence over the economy?

During the past 50 years, economic history has revealed a tendency to cede economic control from elected officials to independent central banks in Western countries. This has made fiscal policy the government's main and only means of intervening in the economy. Fiscal policy allows governments to affect and influence the economy, but ultimately there is only so much a government can do with the constraints of supranational institutions and resistance from central banks with competing interests. Arguably, the real lesson from the history of economics is that governments and politicians tend to overestimate the short-term impact they have on the economy, while underestimating the potential long-term impact of their policies. 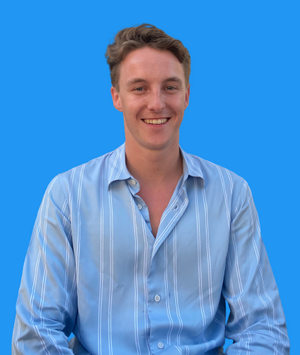 Douglas Bjarnhof
Full time businessman, part-time student, sometimes drunk and to my girlfriend's distress always thinking about something else.
Twitter Facebook RSS
Copenhagen, Denmark
More posts by Douglas Bjarnhof.
Silvio Berlusconi: The Italian Sinner
Berlusconi is not a well-read man, but he instinctively understands what is required to win a fight. A true conquistador and an inpatient optimist. A fascinating and complex character whose immense talents have constantly been underestimated by the people around him.
Red vs. Blue: How do political rallies influence the midterm elections?
Saying that the United States' political system is complicated is probably an understatement. Midterms, rallies, senators, governors, and varying tenures are only a part of the confusing repertoire broadcasted all over social media and the news. So how exactly do the midterms work?