The American hot season of politics begins every two years in November, despite the cold temperatures haunting different parts of the country. Among various political events, we are currently observing President Biden’s most significant tests of his tenure – the midterms, and Trump departing on a series of rallies to finally confirm his willingness to participate in the upcoming presidential election. However, the outcome of the aforementioned ventures is still in question.

On November 5th, Arnold Palmer Regional Airport in Pennsylvania was a place of gathering for Grand Old Party supporters. Not only was this political rally considered an endorsement for Mehmet Oz and Doug Mastriano, who respectively run for senator and governor positions, but also a long-awaited former President Donald Trump endorsement. As befits the nature of such “meetings” can be considered somewhat ordinary – people wearing their candidate’s merch literally from head to toe or booing whenever any Democratic candidate’s name is mentioned.

The most important thing for the campaign, however, is the number of individuals who show up at rallies to voice their political affiliations. According to Trump, who left his Trump Force One plane, and began a two-hour-long speech immediately on the runway, immense crowds arrived in Latrobe to listen to their Messiah. Having mentioned that, an important question has to be asked – how do rallies actually influence the midterm results?

Saying that the United States' political system is complicated is probably an understatement. Midterms, rallies, senators, governors, and varying tenures are only a part of the confusing repertoire broadcasted all over social media and the news. So how exactly do the midterms work?

Midterm elections take place halfway through the Presidential tenure and can be considered a referendum. During the midterms, Americans can express their content or dissatisfaction towards the ruling party, and at the same time flip the balance of power towards the opposition. The midterms are about electing all the 435 seats in the House, and only a third of the seats belonging to the Senate, given that the latter are chosen every 6 years. Moreover, many states are also picking their governors. In short, a lot is at stake. One thing is for sure – the GOP wants to take back the domination in both houses of Congress, and it seems like one of those can turn red, instead of remaining blue. What has to be remembered is that to enact most legislations, both chambers should be dominated by the ruling party, so for the time being the Democrats are in rule.

While trying to understand the tendencies of the electorate, the influence of various political rallies should be taken into account. The purpose of organizing a rally during the midterm season is to endorse the candidate who is running for a senator, representative, or governor by the current President. Of course, at the same time, it is a perfect moment to present the current leader in a better light than his opponents. However, this year’s midterm trend is more focused on the Republican Party candidate, that is Trump, rather than the current Democratic President. Whilst Donald Trump makes the midterms about himself, Joe Biden is somewhat in the shadow, supporting fellow candidates for Congress seats instead.

Furthermore, engagement in political rallies highly depends on the candidate’s political strategy. Some decide to commit a big part of their campaign to rally participation, some decide to skip this part and focus on other aspects of improving their chances of winning. One thing is sure – rallies naturally draw attention to a particular campaign.

According to one study conducted on the significance of rallies, the greater the public support shown at such gatherings, the greater the likelihood of getting more votes for the party. Both Democrats and Republicans know that voters have to be constantly reminded of their continuous commitment. Losing their interest should be avoided at all costs. It is no surprise that when the electorate gets more excited and stimulated by the candidate, they are more likely to vote in favor of their representative. When it comes to organizing political rallies, it is worth noting that if the meeting can be counted as successful, the people present there will tell their friends and family about it. That is another way of making the word spread out and gathering the necessary numbers that eventually would lead to victory.

Political affairs are considered controversial and emotional, but vital in North America. The amount of media coverage, money contributed, and voices heard is simply overwhelming. During the rally held in western Pennsylvania, people were gathering to show off their political affiliations and make a statement. It can be influential on further political steps and surely contribute to making a difference in the midterm vote outcome.

Political rallies are able to strongly influence policy-making and provide an easy access to like-minded people. After all, attending a political rally is like contributing to a small piece of history, so it really does make a difference in terms of who casts a ballot and who decides not to. 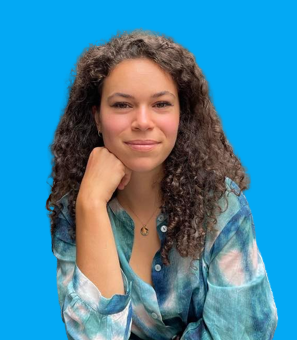 Ewa Jędrszczyk
Semper in altum.
RSS
Warsaw, Poland
More posts by Ewa Jędrszczyk.
Do governments truly have influence over the economy?
Being an economic policymaker is in many ways like sailing a boat. That is, the government is able to tack or trim with greater or lesser skill, but ultimately it cannot change the direction of the wind.
Fake wine: What's in your cellar?
Wine is one of the world's oldest luxury products; a product that has been in continual demand. Because of its allure, it has been a target for fraudsters of all kinds. Some sources suggest that between 10-20 percent of all wine has been tampered with.